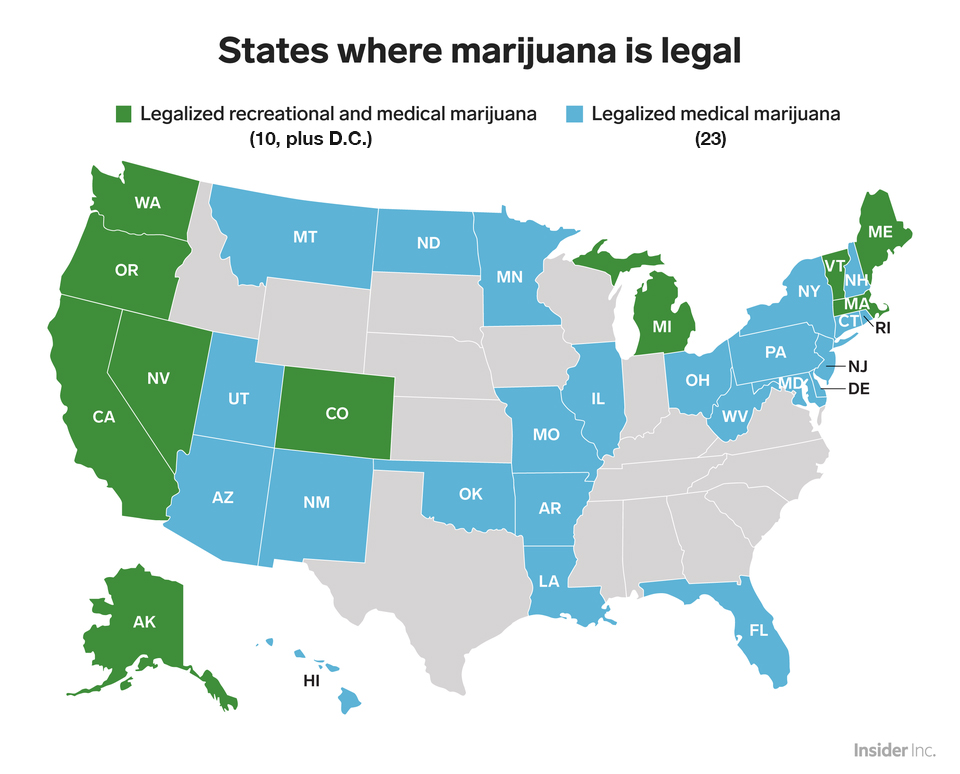 Marijuana legalization is sweeping the US. In June, Oklahoma voted to legalize medical marijuana, joining numerous other states that have such laws on the books.

In January, Vermont became the first state to legalize marijuana through its Legislature rather than a ballot initiative when the governor signed the bill into law.

Marijuana prohibition began 80 years ago when the federal government banned the sale, cultivation, and use of the cannabis plant. It remains illegal at the federal level.

Overturning prohibition is one of the few hot-button topics with widespread support.

A recent poll by the Pew Research Center found that 62% of Americans, including 74% of millennials, said they supported legalizing marijuana.

And 2018 has been a banner year for marijuana legalization in North America.

In October Canada legalized marijuana federally, becoming the first G7 country to do so.

Originally posted on Business Insider.
Melia Robinson contributed to an earlier version of this post.