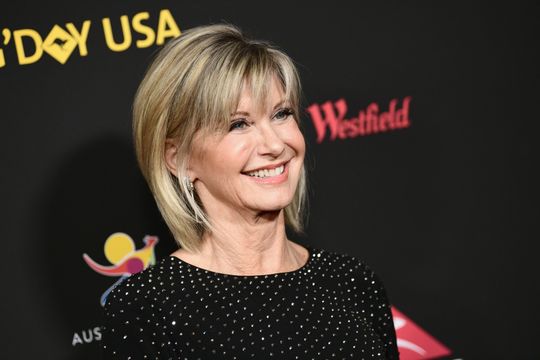 Olivia Newton-John, who is dealing with cancer for the third time, says she’s leaning on cannabis.

“I use a lot of cannabis in my healing,” she told Yahoo Lifestyle in an interview that published Thursday.

“It helped me incredibly with pain and sleep,” Newton-John, 70, said.

The “Don’t Stop Believin’ ” author told People magazine in an interview that published last month, that her husband, businessman John Easterling, grows cannabis on the grounds of their So-Cal ranch. “He grows the plants and makes them into liquid for me,” she told People. “I take drops maybe four to five times a day.”

Newton-John also opened up to Yahoo about the beginning of her cancer battle.

“The first time I was diagnosed with breast cancer, it was 1992,” she told the outlet. “I found a lump in my breast, (but) my mammogram was negative. I had a feeling… and we found out the cancer was hiding. So I always tell women even if they tell you they don’t see anything, trust how you feel. Trust your instincts.”

Newton-John, who shared with Yahoo she is an advocate of “a positive attitude,” decided she would survive.

“I had to make a decision that no matter what, I was going to be OK,” she said. “My main decision was, I’m going to get better, and I have a young child (daughter Chloe Rose Lattanzi, now 33) to raise.”

Newton-John announced in 2018 a tumor had returned to her back. She also recently revealed a second bout of cancer that surfaced in her shoulder in 2013, which she revealed on “Today” in March had previously been kept a secret “because of the speculation, which happened at times.”

Last month, Newton-John shared that she had contacted “Jeopardy!” host Alex Trebek after learning of his diagnosis with stage 4 pancreatic cancer.

“I sent him a message saying, ‘I know you can get through this,’ and, ‘Don’t listen to stage 4 and all of (that),” she told Entertainment Tonight. “Don’t read the statistics and stay focused and see how you can heal yourself. That helps.”

She continued: “Sense of humor is vital. He has a great attitude and a great sense of humor about it and I’m sure he’ll do very well.”