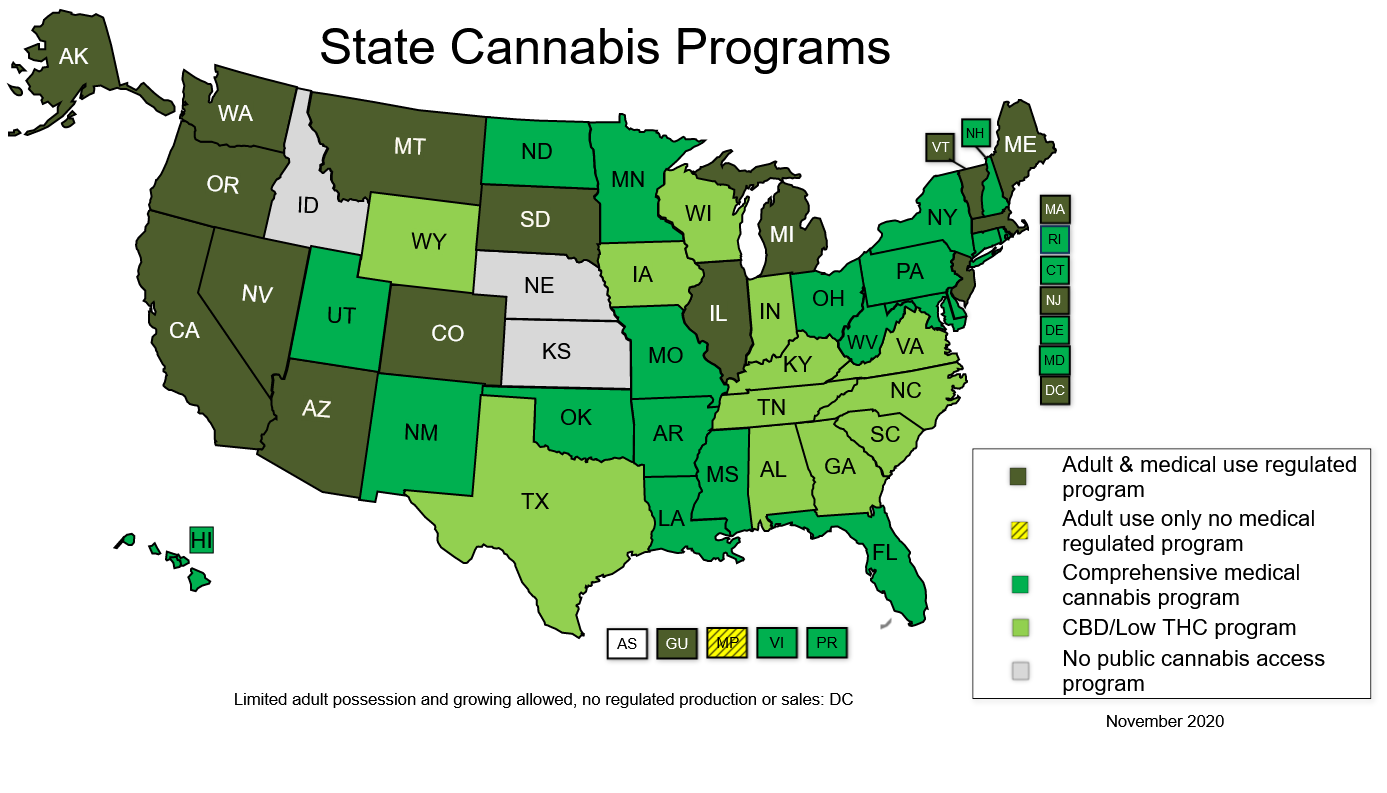 We continue to see growing momentum in cannabis legalization as more and more states pass regulations permitting both medical and recreational use. These developments are promising to give more visibility into federal de-scheduling, particularly to open up research, interstate commerce, and banking. In the recent 2020 election, five states passed new cannabis regulations:

Montana voted to allow adults 21 and over to purchase, possess, and consume cannabis. There is still a long road ahead to establish regulations and permits for dispensaries.

Arizona is also allowing people age 21 and over to purchase, grow, possess, and consume cannabis in certain quantities. Similarly, the process is still very early to set up the sale of non-medical cannabis in dispensaries.

New Jersey has voted to decriminalize possession and distribution of small amounts of cannabis at the start of 2021. They are still determining possession amounts and developing infrastructure for recreational use.

South Dakota is the first state in the country to approve both medical and recreational cannabis in one election. The approval won’t go into effect until July 2021, and in the meantime, the state will be preparing infrastructure for both categories of sale and use.

Last but not least, Mississippi also joined the list of states allowing for medical use of cannabis, passing a law brought forth by patient advocates. Just under 75% of voters approved the ballot measure for cannabis prescriptions for over 20 medical conditions.

While there are still major restrictions and classifications at a federal level, it’s clear that local governments and people across the country are recognizing the potential of cannabis beyond the classification as a dangerous drug.

See the updated map of cannabis legalization in the United States below (from NCSL). 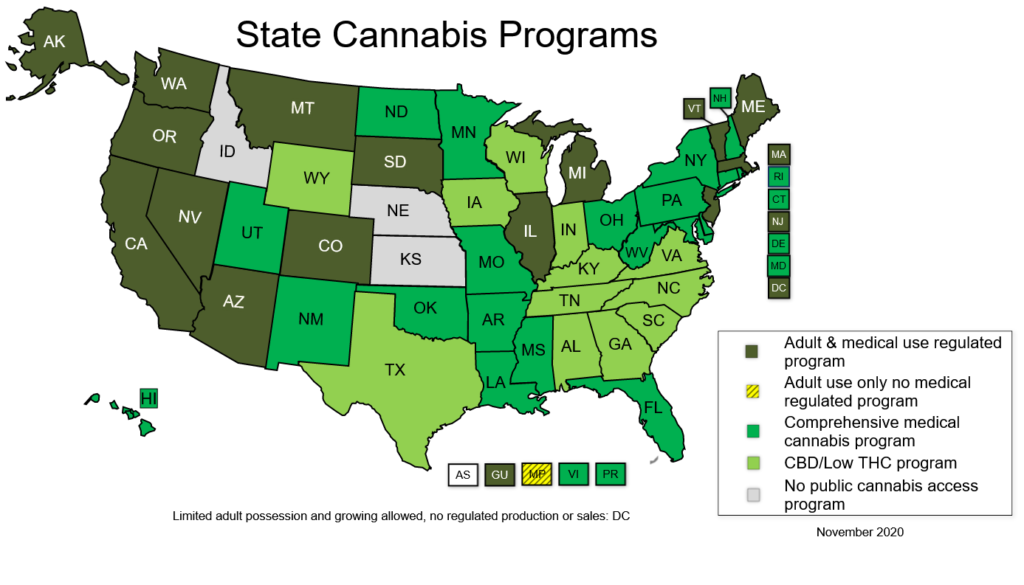